The National Taipei University of Nursing and Health Sciences has a very long history, and is the first technical and vocational higher education institution for nursing and health sciences in the country. The University has always been a trailblazer and example for the education of nursing and health sciences, and is also the Country’s first technical and vocational education institution to set up a doctorate program to cultivate nursing professionals. It was founded as the Taiwan Provincial Junior College of Nursing in 1954, which was merged with the Provincial Taipei Vocational School of Medicine that was originally founded in 1947 and later restructured into a five-year junior college. In 1981, the University was renamed the National Taipei Nursing College, and was restructured and upgraded to the National Taipei College of Nursing in 1994. To recognize the developments and achievements of the University, the Ministry of Education approved for the University to be renamed the “National Taipei University of Nursing and Health Sciences” in August 2010.

The University has always believed in being proactive when it comes to running a university and after years of hard work, the University has gradually developed into a comprehensive and matured educational institute. In addition to having high-quality and solid talent-training academic units, the University also has the “Performance Examination Center” that includes healthcare practices along with innovative specialty administration units of the Office of Research and Development such as the “Health Care Industry–Academia Operation Center” and “Incubation Center” that combine industry–academia cooperation and application, which are solid foundations for cultivating the Country’s societal healthcare professionals. When talking about the long-term development for the future, the University will rationally continue to pursue excellence and sustainable management, take advantage of opportunities and situations, and hope to stay up to speed with different trends and keep pace with the rest of the world, create a high-quality technical and vocational education institution, and become a hub for promoting nursing and health knowledge, and cultivating professional talent.

After more than half a century, the University has cultivated many outstanding nursing and healthcare management talents for the country. Currently, the University is the premier nursing and healthcare university in Mainland China and Taiwan as the University achieved a 5-star overall rating for QS Star Ratings in 2020, and has been ranked among the top 100 universities in the nursing discipline ShanghaiRanking’s Academic Ranking of World Universities (ARWU) for three consecutive years since 2019. Such brilliant and proud achievements highlight the country’s development of its vocational education for nursing. 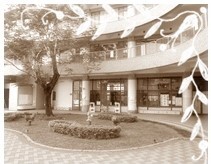 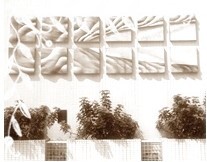